Global smartphone shipments grew 3% annually to hit a record 1.5 billion units in 2016, according to the latest research from Strategy Analytics, and Apple’s iPhone recaptured first position with 18% global smartphone marketshare in the final quarter of the year.

“This quarter was the smartphone industry’s fastest growth rate for over a year,” Linda Sui, Director at Strategy Analytics, said. “Smartphone growth is recovering slightly due to stronger demand in major developing markets like China and Africa.” 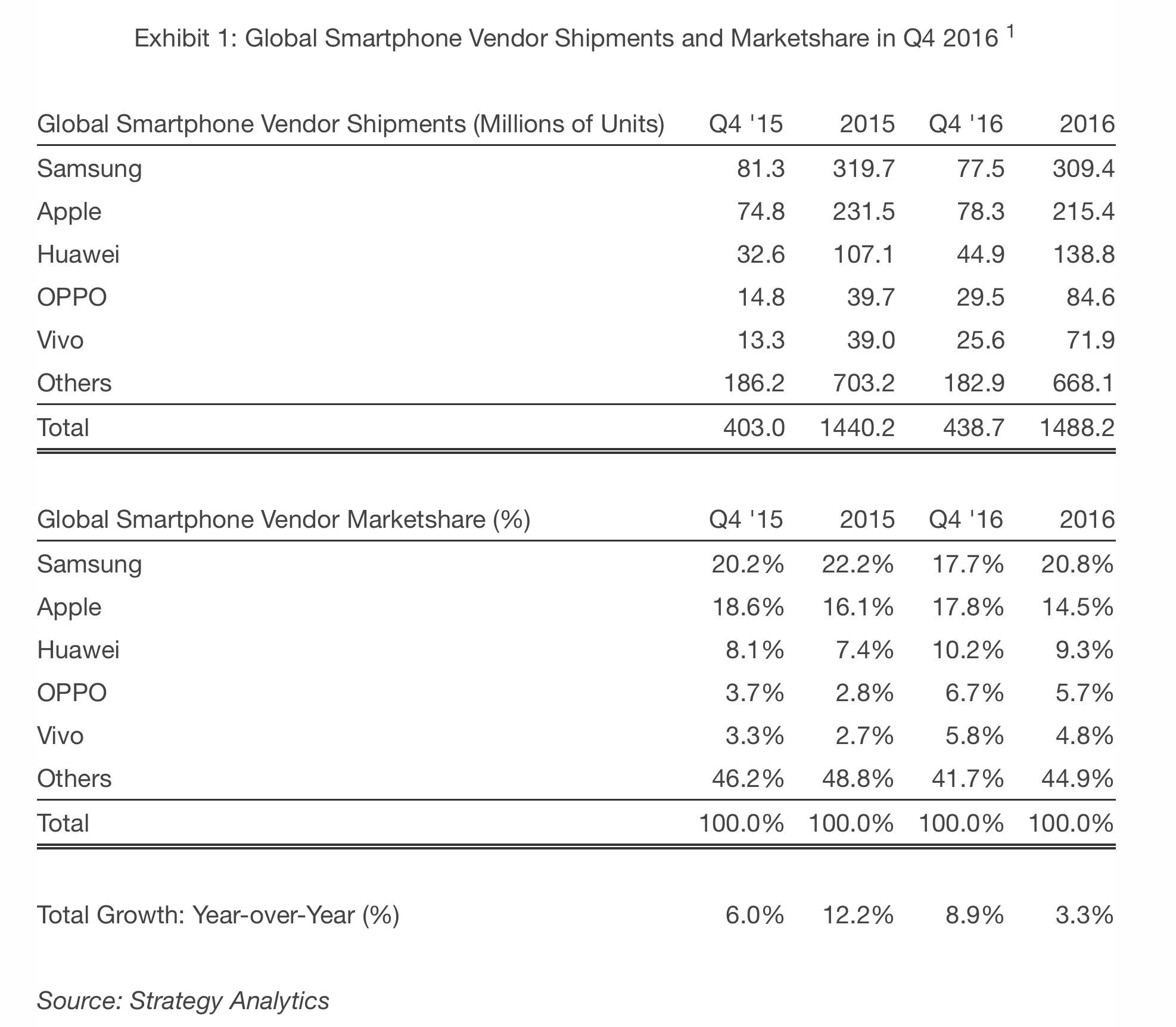 “This was the iPhone’s best performance for over a year, as Apple capitalized on Samsung’s recent missteps,” Neil Mawston, Executive Director at Strategy Analytics, noted. “Samsung lost momentum in the quarter as a result of its Note 7 battery fiasco.”